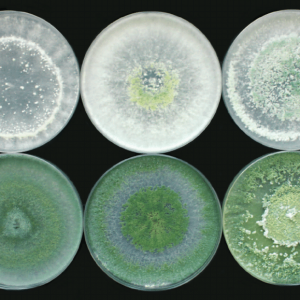 Trichodermaor green mold (Trichoderma aggressivum f. Aggressivum), formerly known as Trichoderma harzianum, has been a destructive pathogen in the Canadian mushroom industry since the 1990s. Practical field management of these diseases has been done through the improvement of the sewage system and hygiene practices in covering the seeds of Span, with the fungicide benzimidazole and the correct use of growth materials.

The presence of Trichoderma T. aggressivum in the breeding hall creates completely sterile compost, while other Trichoderma species allow the fungus to grow in an infected environment next to Trichoderma colonies. The mechanisms reported for these differences within the sexes are unknown. Volatile antifungal compounds and the enzyme chitinase have been identified as the causative agents of this different effect on button fungi.

What are antifungal compounds?

What is the enzyme chitinase?

Mechanisms in which Trichoderma species parasitize other fungi include competition for space and nutrients, antipsychotics, and the release of hydrolytic enzymes. 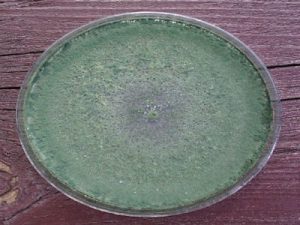 Because T. aggressivum grows faster than button fungus, compost completely cloned with button fungus is less contaminated with T. aggressivum than freshly sown compost (less competition). Although antibiotics have not been proven in T. aggressivum, Trichoderma species produce volatile and non-volatile substances that inhibit the growth and development of fungal species. 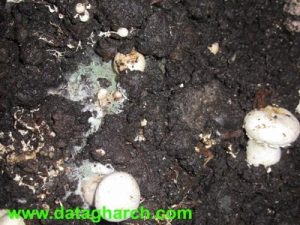 Krupek et al. Proved that volatile compounds of T. aggressivumandT. harzianum reduced the growth of button fungi. T. harzianum excretes lytic enzymes such as protease, gluconase and chitinase, which destroy the fungal cell wall. It is the contribution of the enzyme chitinase in the destructive nature of T. aggressivumto the button fungus that gives us more research.

Soil cover material is a leading factor in the growth of fungi and bacteria. Among the fungi are different species of Trichoderma. Rinker and Alam introduced approximately 10 species of Trichoderma in commercial mushroom cultivation operations. These species do not cause degradation in production reduced by T. aggressivum. However, they do affect the quality of mushroom production during production or after harvest.

Application of chemicals to soils in irrigation water is a method used to manage trichoderma in soils. Benomyl, an anti-coating agent, was phased out in 2003. Our research program is both laboratory and field culture studies for fungicides registered or introduced in Canada and the United States. Production fungicides include: Benomyl, chlorothalonyl, thiobendazole and methyl thiophanate. Laboratory evaluations in which the fungicide was combined with cooled agar culture medium showed that different species of Trichoderma differed in their susceptibility to these fungicides.

In field conditions where the cover soil was irrigated with fungicide, it was observed that in total benomyl, thiobandazole and methyl thiophanate were effective in reducing the number of trichoderma in the cover soil while chlorothalonyl was not. 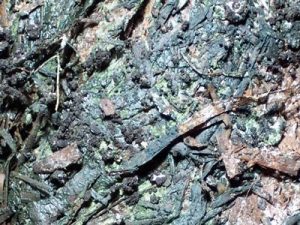 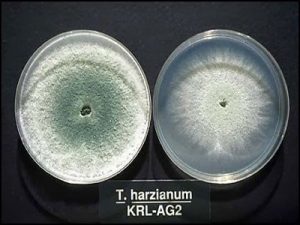 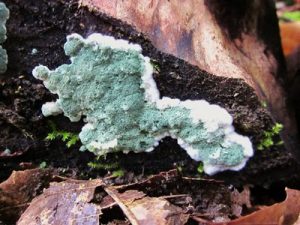 Trichoderma aggressivum is a disease in button fungus that must be managed for prevention. The spores are sticky and therefore fully portable. At the peak of the disease, the reproductive organs of the disease can be isolated in almost any possible position on an infected farm. Observing the principles of complete and comprehensive hygiene and hygiene, helps eliminate the risk in many farms.

Chemical treatment is not effective in responding to the presence of pathogens. However, preventive chemical treatment is effective. Covering Span seeds with bandimidazole fungicides (Benomyl, Carbendazim and Thibendazole) reduces contamination. This led to the registration of carbendazim in the UK and benomyl in Canada as a coating for span. Benomyl has been phased out and will not be allowed to be used on mushroom spinach in Canada as of December 13, 2013.

At each stage, the compost competes with T. aggressivum spores by placing these spores on spun grains treated with benomyl and methyl thiophanate. In both experiments, no green mold was observed on benomyl-treated spans. In the case of methyl thiophanate, they showed 33%, 50% and 0% of T. aggressivum contamination, respectively. The main difference in the two tests was the moisture content of the compost (68.5 and 65.9, respectively), which may be considered for the difference in compostability.